Dragon Ball Super, if nothing else, has given Goku and Vegeta some of the most difficult battles that they’ve ever been a part of, with villains like Beerus, Zamasu, Jiren, and Moro giving them more than they can handle and it seems as if the latest arc has once again brought the two Saiyan warriors down a peg once again. With the current arc of the series focusing on the Z Fighters battling against the energy absorbing wizard of Moro, their loss represents the latest string in a long line of losses in the latest series!

Warning! If you ahve yet to catch up on the latest chapter of Dragon Ball Super’s manga, you might want to steer clear of the rest of this article as we’ll be diving into some serious spoiler territory!

While we certainly weren’t expecting an easy victory of Goku and Vegeta this time around, having their Super Saiyan Blue forms beaten soundly by Moro, we certainly weren’t expecting a win from the horned antagonist against the first form of Ultra Instinct and Forced Spirit Fission. With Goku having trained beneath Merus to better understand the god-like transformation of Ultra Instinct and Vegeta learning more on the Planet Yardrat, the same world responsible for Instant Transmission, both were beaten down quite easily by the new and improved Moro. 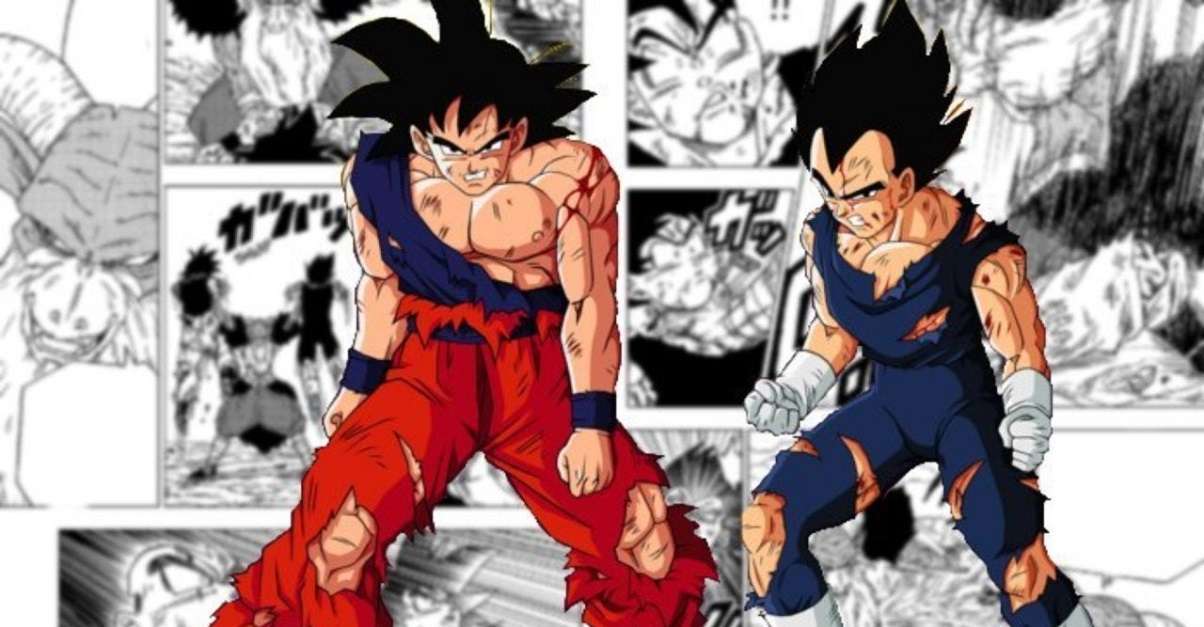 Dragon Ball Super has given Goku and Vegeta loss after loss, starting with Beerus defeating them, leaving Goku after their fight. The God of Destruction was then followed by resurrected Freeza who was only defeated thanks to the intervention of Whis and his time reversing ability. Following this, Zamasu, the rogue Kaioshin, was only defeated thanks to the intervention of Zeno, the god amonst gods. While Goku was able to team up with Freeza against Jiren during the Tournament of Power, he still was not able to win it as Android 17 was the last one standing!

With Merus entering the fight, are we going to get another battle that results in both Goku and Vegeta ultimately not being able to “claim victory” when all is said and done? With Goku having mastered Ultra Instinct Sign and Vegeta now having the power to undo fusions and power absorbing techniques, it would truly be a shame if either of the two Saiyans weren’t able to ultimately pull out a win here.

What do you think of Goku and Vegeta’s losing streak in Dragon Ball Super?