He is often called “grandfather” Gohan to avoid being mistaken for Goku’s son (Gohan) named after him. Gohan’s grandfather is a short, fat old man with dark eyes and a white mustache. He wore a Chinese martial arts suit. Which includes: an orange sleeveless outerwear, long sleeves in black, and a green hat.

He first appears in Dragon Ball Z. At this time, he wears a mask when fighting Goku

Mr. Gohan is a good and loving person, he adopted Goku when he found him in the forest. Goku’s personality and moral ability comes from him.

Gohan is a martial artist trained with Ox-King by Master Roshi when he was young. He is a close friend of Ox-King. According to Master Roshi, Gohan and Ox-King train by delivering milk, just like Goku and Krillin did. Gohan also holds the skills that he teaches Goku.

Mr. Gohan lives alone on Paozu Mountain. He became Goku’s adoptive grandfather when he found him when Goku was a baby. Goku is brought to earth on a mission to destroy all humanity and sell the planet.
After falling into a ravine, Goku gets hit in the head, losing his memory, forgetting the evil nature of Saiyan people. Mr. Gohan passed on his martial arts knowledge to Goku. 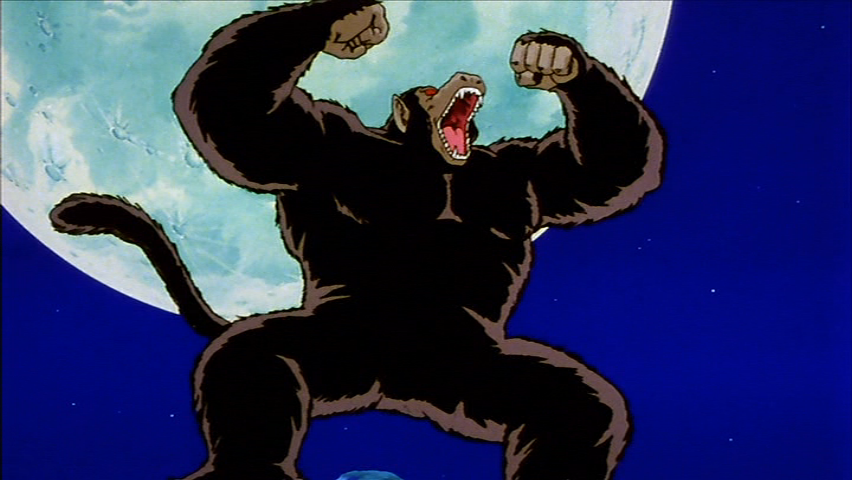 Until 1 night, when Goku stepped outside to relieve himself. After that, he glanced at the full moon, and turned into a Great Ape trampling Gohan grandfather.

From then on, Goku believed that Gohan’s grandfather was killed by a monster and his soul was in the 4-Star Dragon Ball.

In the fortune-teller Saga Baba, Goku, Yamcha, Muten Roshi, Upa, Puar, and Krillin must fight with 5 Baba fortune teller’s warriors to ask her to divert the last jewel. Goku is the last person left to fight and the fortune teller Baba has given a special warrior and her final warrior. Goku’s opponent is a mysterious masked person. Goku later realized that it was Gohan, his late grandfather. Goku actually considered him an enemy during the match. Because Mr. Gohan used the Kamehameha technique with the moves of the Turtle Hermit, Muten Roshi recognized him. Goku’s meeting with his grandfather can be considered one of the most moving scene in Dragon Ball.

Kamehameha – A pale blue energy wave from both hands, invented by Master Roshi

Turtle School Tranquility – Made by Grandpa Gohan in Tenkaichi Budokai 2 and 3. Mr. Gohan kicked his opponent into the air and flew towards the enemy, kicking them down while they were still falling.

Four School Turtle Virtues – A high attack first used by Mr. Gohan, he jumps behind the opponent making them fall. Finally, kick them.

Thunder Shock Surprise – One of the most powerful attacks invented by Muten Roshi, Mr. Gohan used it in Dragon Ball: Origins.

Explosive Wave – Mr. Gohan creates a weak explosion from energy to protect himself. If anyone comes into contact with the wave, they will be beaten, and slightly injured. This technique is used by him in Dragon Ball: Origins.

Afterimage Technique – Mr. Gohan moves so fast that leaving only one or more of his photos, this technique is used to evade an attack and counterattack. He used these techniques in Dragon Ball: Origins.

Sleep – One of the moves of Mr. Gohan in Tenkaichi Budokai.

PrevPreviousHow Did Vegeta Achieve The Super Saiyan God?
NextVegeta Strongly Goes Up Goku And The Weak Moment Of Jiren In The Last Battle!Next
Leave a Reply Cancel reply