Son Goku With Information You May Not Know

“Dragon Ball”, the series was composed more than 30 years ago but is still the most popular series in the world, the most admired and always on the list of manga to watch. Therefore, the characters in the story became famous all over the place and were well known. The most striking is the main character Songoku. However, there are many things you may not know about this Songoku character and the following information will give you a little more knowledge if you love Dragon Ball. One thing to note is that all this information is based on the original works of Akira Toriyama, the author of this series, including original Dragon Ball, Dragon Ball Z and Dragon Ball Super stories. These works were written by Toriyama himself, and the rest of the other Anime did not come from the author. 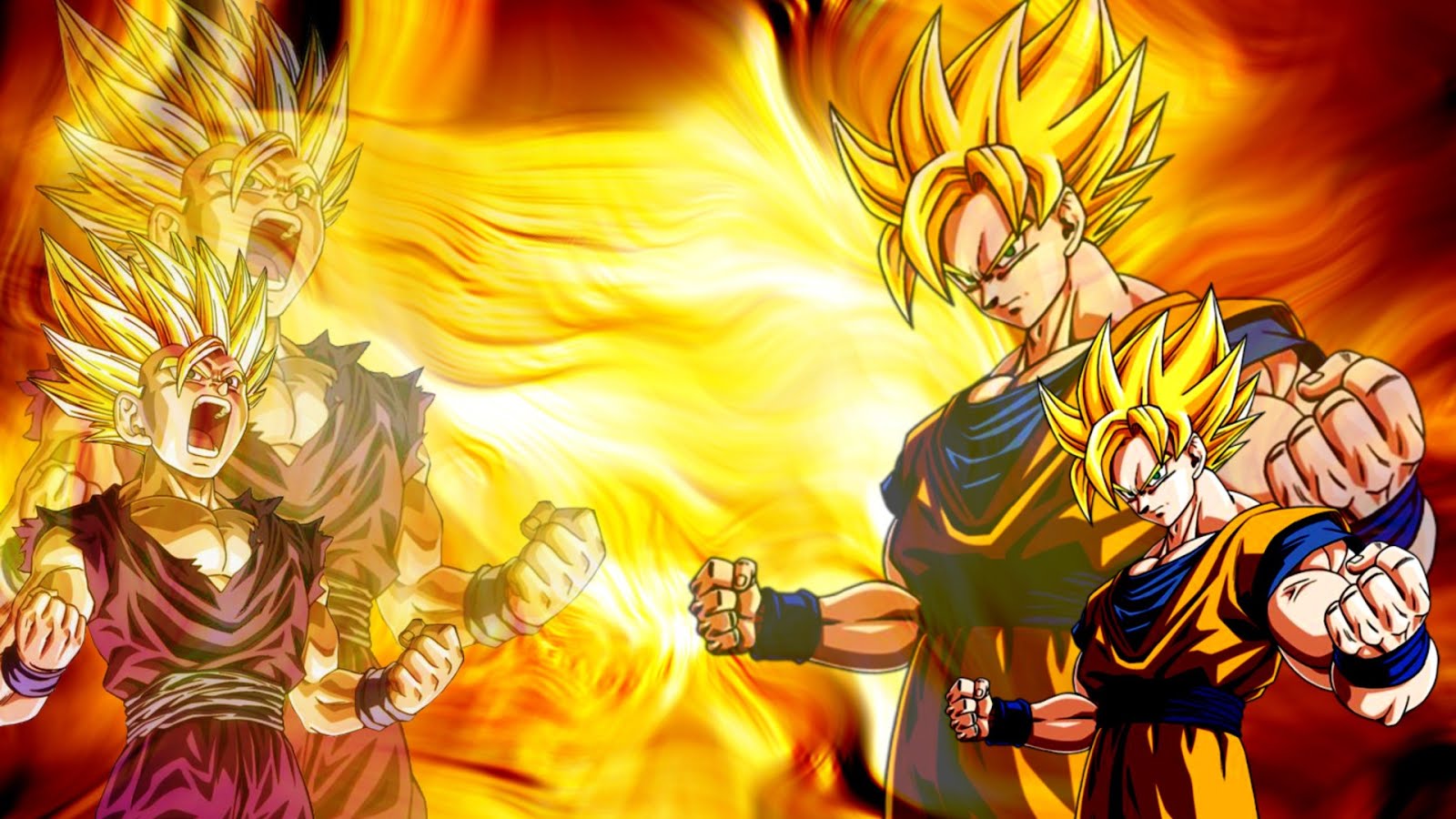 – Songoku’s father Bardock and his mother Gine, both are Saiyan and killed by Frieza.
– Songoku named Saiyan is Kakarot, he is sent to Earth from a spaceship spontaneously driven from his birth to the purpose of conquering the Earth and destroying all creatures here. The Saiyan is the race that specializes in capturing planets in the universe and selling them to other ethnic groups. However, Kakarot was knocked down on the rock leading to memory loss and was brought back by Son Gohan, which is the reason for the birth of Songoku.
– One of the reasons that Dragon Ball is almost impossible to have a Live-Action movie, is that Songoku’s hair is extremely difficult for filmmakers to design a hair-like character. The only Live-Action movie, Dragon Ball Evolution, failed miserably and was stoned mercilessly.
– It can be said that Goku is one of the most powerful characters in the entire Dragon Ball series and is currently the strongest Saiyan ever to live. Through practice, Goku gained many extraordinary abilities, such as super strength and endurance (Proven as a child Goku was able to lift both a small car and bullets fired by ordinary guns at people. without being hurt), at the same time he possesses super speed and great reflexes and many other abilities like psychic ability (low level, reading other people’s thoughts just by touching his head), ability feeling Ki, ability to absorb Ki (When in the state of Super Saiyan God), the Saiyan’s Zenkai ability (The ability to help increase power many times after being seriously injured near death), creates illusion by speed. .. You can also exploit and manipulate supernatural energy called Ki, even Goku can use Ki to defend (By way of Use Ki to increase durability and make your skin stronger to the point that you can block the sword of another Super Saiyan with just one finger) 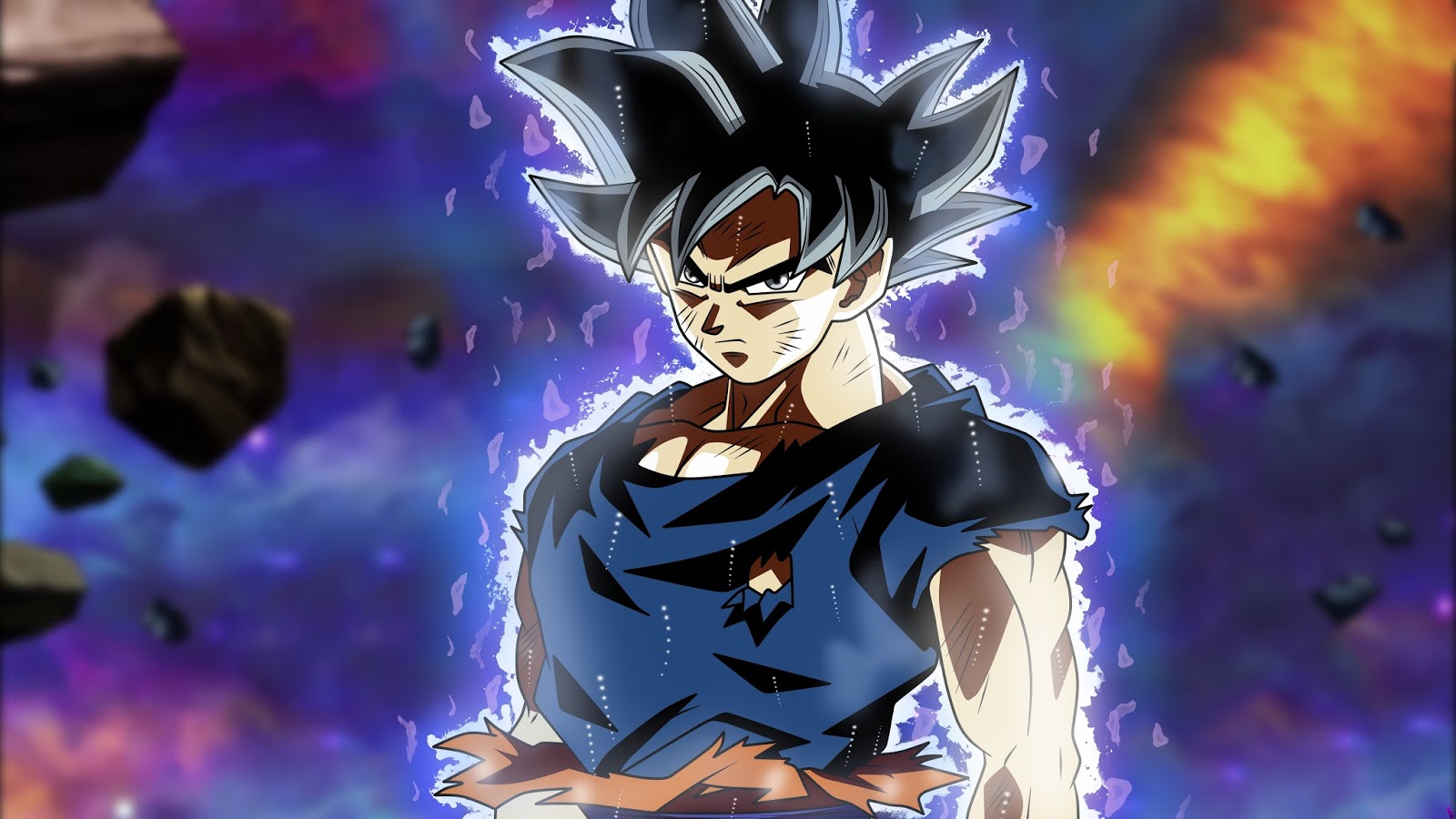 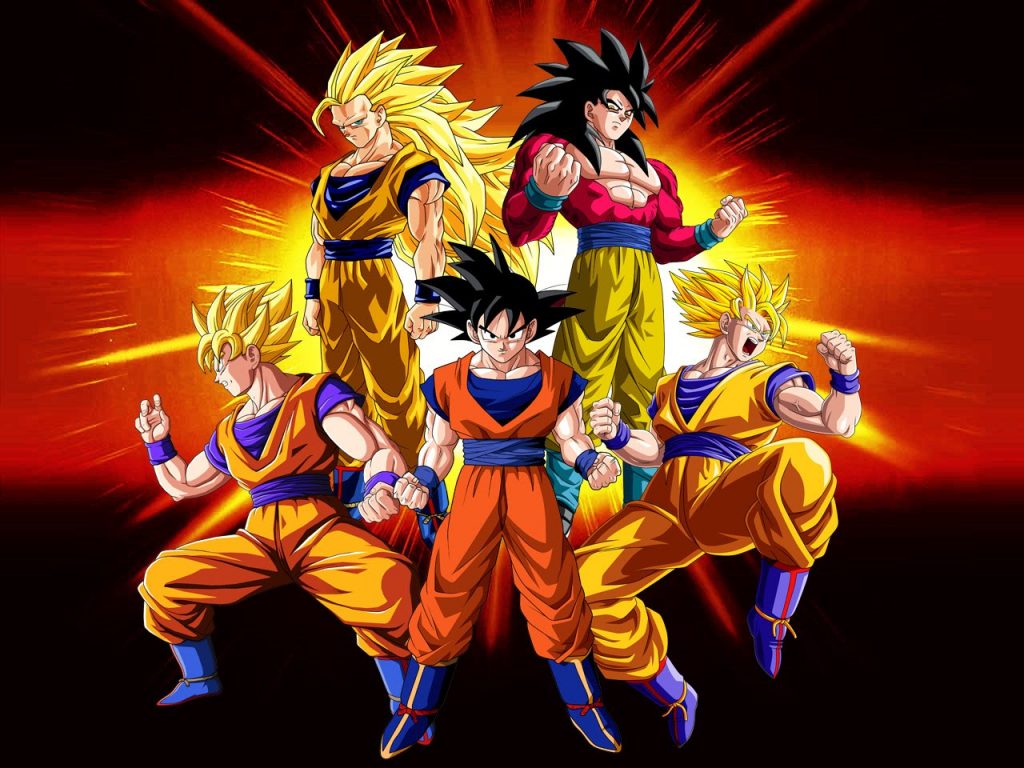 – Songoku is the first to reach the Saiyan Super God realm in the Dragon Ball Z Anime: The Battle Of Gods is written by Toriyama. This realm is achieved when Songoku gains the power of the other 5 Saiyan including Vegeta, Gohan, Goten, Trunks (Ca Lích), and his unborn grandchild in Biden’s belly. Now Songoku’s hair turns red. Although the power was terrible, Songoku was only able to hold back to the god that destroyed Bill (Beerus)
– The highest realm that Songoku reached is in the Dragon Ball Anime Z: Resurrection ‘F ‘. That’s when Songoku’s hair turns green. Explaining this, Toriyama thinks that the Spirit level (red hair) that Songoku achieved is actually “evolving” to another form, after which he will again achieve the Super Saiyan forms of the upgrade. This new shape. Which means that blue hair is the Super Saiyan form of Songoku God, and he can even reach the level 2 and level 3 Super Saiyan realms of this God form.
-When Goku is young, Goku’s weakness lies in the tail, Goku’s power is no longer needed by grasping the tail, later god (Master Goku) removes this weakness by truncating the tail Goku. In addition, Goku has revealed some weaknesses such as being unable to survive long in a vacuum environment (Although it has overcome this weakness by converting Super Saiyan God), can only maintain Super status. Saiyan 3 for a short time before being consumed with much energy and exceeding his stamina, can only teleport immediately to the place of life, Genki Dama – a powerful and powerful attack that takes time. long for full energy and only for those with evil minds. The Super Saiyan God status itself remains only for a limited time when not fully mastered, although it is still possible to use the power of a Super Saiyan God after absorbing most of the power of the status.
The above is the information we provide to you about Son Goku character, hope that this information will make you satisfied and increasingly support the story and characters of the story.