Super Dragon Ball Heroes is continuing through the second season of its promotional anime series, and the next episode for the Big Bang Mission arc has revealed its synopsis. The Big Bang Mission arc has taken the fight against Fu to a new level when a stronger and beefed up version of the Dragon Ball Z: Fusion Reborn villain Janemba was introduced. This meant that the Xeno versions of Goku and Vegeta had a tough fight on their hands that pushed the limits of their Super Saiyan 4 powers to a new stage.

The Big Bang Mission arc is really only beginning as the next episode of the series takes the fight to a couple of new foes. Episode 7 Super Dragon Ball Heroes’ Big Bang Mission arc is titled “Rampaging Terror! The Evil Aura Returns!” The synopsis for the new episode (as translated by @DBSChronicles on Twitter) teases the return of some foes we had seen teased at the beginning of the arc along with Gohan and Android 17’s return to the fight. 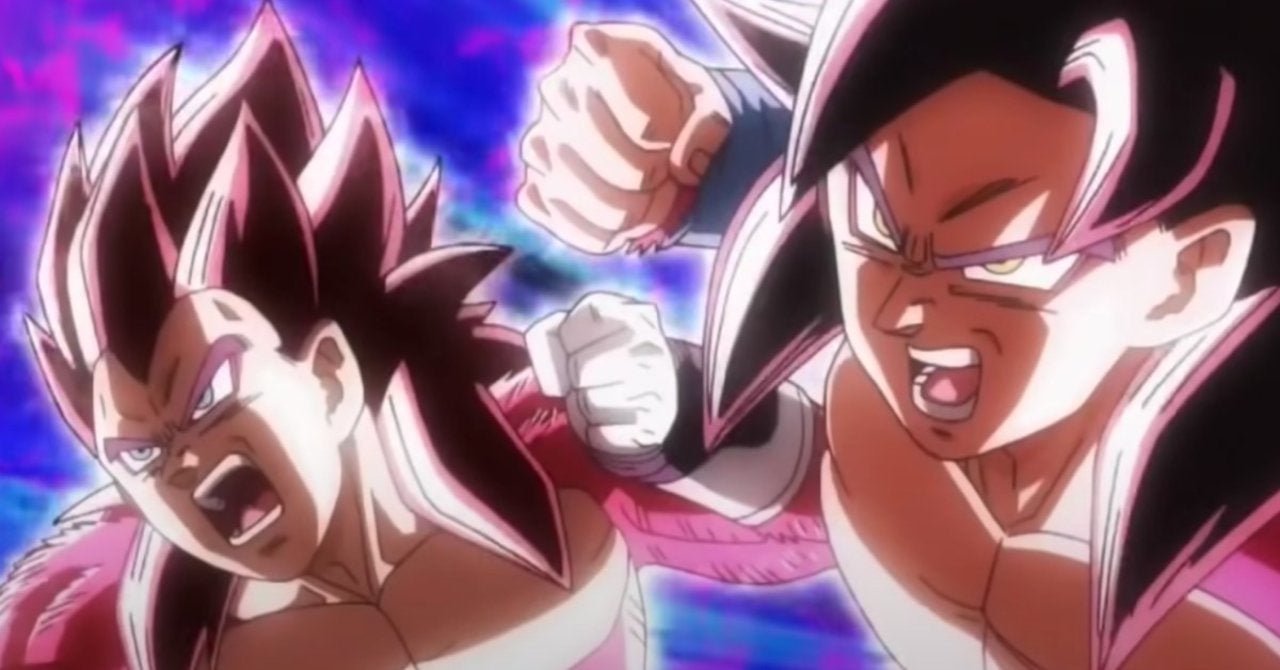 The synopsis begins as such, “Goku and co. invade the cracks of time where the universe tree grows. There, Gohan and 17, who were already brought there by Fu, fight their fated enemies, Bojack and Super 17. Thanks to Towa, the Time Patrollers disappear, leaving behind Goku and Vegeta to fight Fu.” These aren’t the only major returns, however, as like the title of the episode implies we’ll be seeing a much more prominent return.

The final piece of the synopsis teases the return of Evil Saiyan Cumber (who we had last seen fighting Golden Cooler in the first season of the promotional series), and more ominously, the return of his evil aura, “During the fierce fight, the evil aura of Cumber controlled by Fu attacks Goku and co. and causes therm to go berserk…”

The next episode of the Big Bang Mission arc is scheduled for a release sometime in September, but no concrete release date has been revealed as of this writing. What did you think of the newest Super Dragon Ball Heroes episode?

Excited to see what’s next for the Episode 7 of the season? What have you thought of the first few episodes of the Big Bang Mission season so far?