There are people born initially not for each other, but fate has “pushed” to bring them together.

Besides the journey to collect dragon balls, the fight against evil, efforts to overcome himself, Dragon Ball also tells the story of human love, love and of course love. Here are 6 couples who have contributed to Dragon Ball’s popularity. 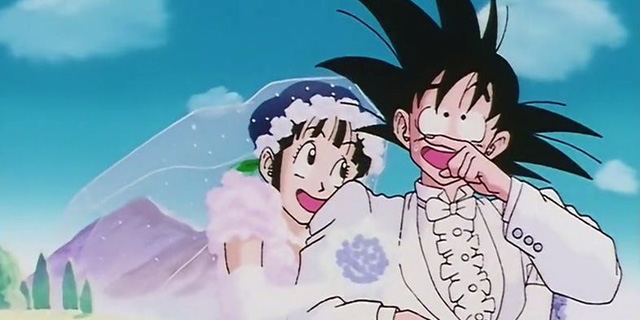 Goku and Chichi are probably the most classic couple of Dragon Ball, nobody knows them. Despite his bad powers, Goku is quite naive, reckless and troubled. However, there is still Chichi, a wise, rational and somewhat evil wife. Maybe so, she was able to raise two children, Gohan and Goten.

According to the plot, Chichi developed feelings for Goku when she was saved by our main character from an early age. Just because he accidentally and “fancies” that a bride is a food, Goku agrees to marry Chichi. However, this is also an interesting and meaningful love for Dragon Ball fans, and this small family also gives Goku more than a full stomach. 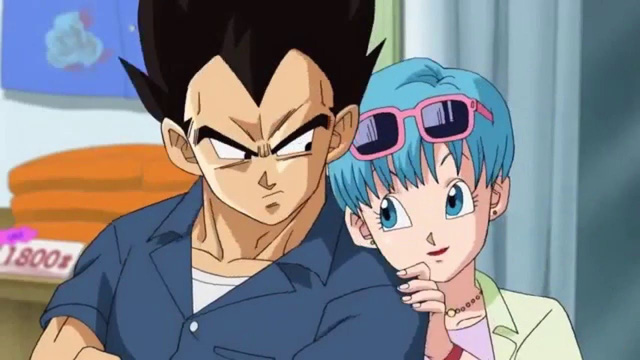 Arriving on Earth to find the dragon ball, the last thing Vegeta found was … a love for Bulma and her two children. This is probably the most unexpected and exciting change in the world of Dragon Ball. A character originally born to be a villain, a character born to think that to be the girlfriend of the female lead, who suspected they would come together.

However, after the exciting adventures and the classic battles in Dragon Ball, the two have become closer than ever. Obviously, calling Vegeta and Bulma as the beautiful couple of Dragon Ball is also no one to object. 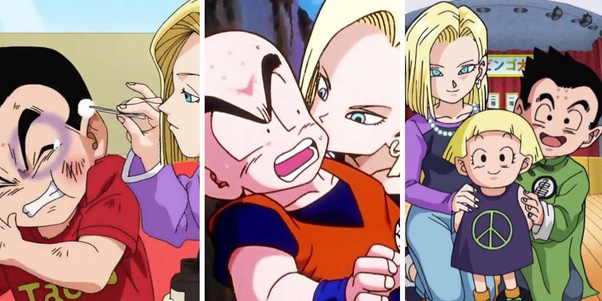 Skinhead Krillin met Android 18 for the first time when she was Dr. Gero sent to destroy the Earth’s inhabitants. The two of them are just two enemies, nothing more. Android 18 itself did not pay any attention to Krillin and focused on “hunting” Vegeta. Later, these two characters were more developed when Krillin took actions to help save Lazuli – her real name. After leaving, she gave Krillin a kiss to say goodbye.

The sudden kiss caused him to freeze and begin to have feelings for her ever since. After Cell’s defeat and the rebirth of Android 18, Krillin pursues her until she agrees to accept his proposal. Both have a child named Marron and have a private life with their happy families. 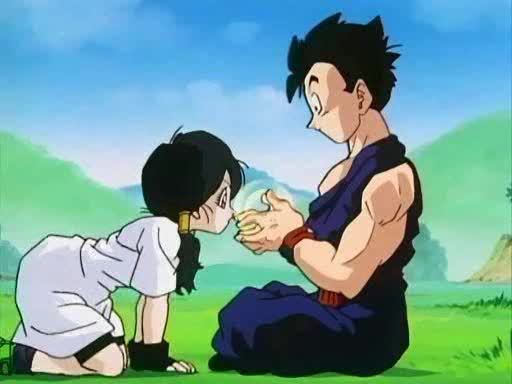 Gohan and Video are classmates in high school. During the first meeting, Gohan was so embarrassed that he had to find a way to avoid Videl as she always tried to find out his mystery. Later, Videl cornered Gohan in many things and forced him to attend the martial arts festival if he did not want her to reveal her secrets. Gohan reluctantly agreed.

Later, Gohan and Videl arose in the martial arts festival. The two were married later and had a daughter named Pan. This has had a major impact on Gohan no longer wants to become a warrior anymore but become a scholar to have more time with Videl and Pan. 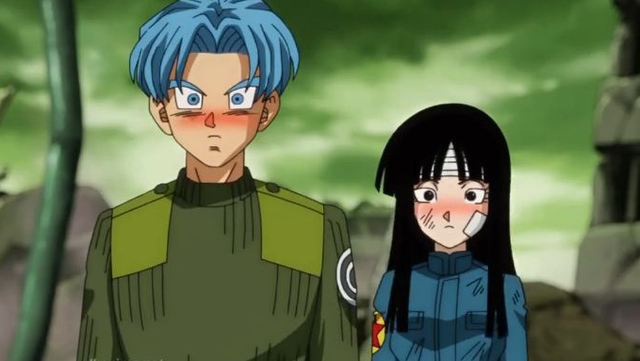 Trunks is the future son of Vegeta and Bulma, and he travels back in time to help the Warriors Z stop Cell. After defeating Cell, he returns to his time to rebuild the world with help from Mai.

At first, the two decided to be just friends but after many difficulties together, they began to share their true feelings. Together they decided to go to a completely different era, free from destruction and chasing enemies to be together. 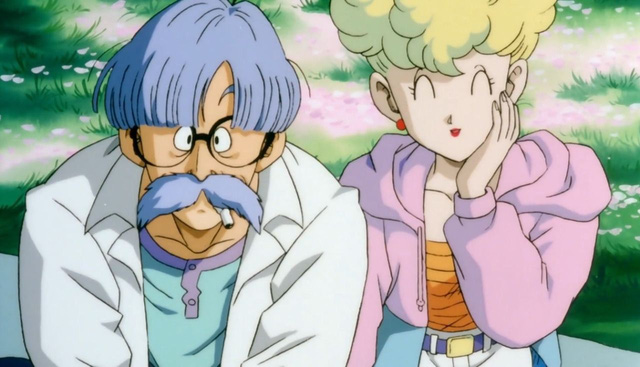 Mr. Brief rarely appears in Dragon Ball, but he is one of the best in the series. He is the creator of Capsule Corp. and with his wife Panchy who taught Bulma to be human.

Basically, this couple is kind, loving and optimistic. They always love to help others whenever possible. With the help of Mr. Brief and Ms. Panchy, Goku and Vegeta were able to upgrade significantly, and can go as far as Namek thanks to the spacecraft repaired by Mr. Brief.