Champa is the main antagonist of the Universe 6 Saga, but becomes a supporting character in later sagas. 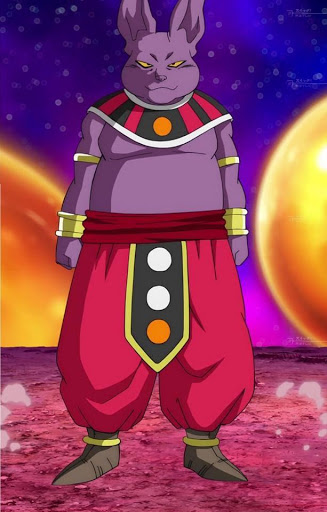 Champa is a purple cat-like humanoid, similar to Beerus, but with a plumper build contrasting Beerus and likewise a much shorter tail. He wears clothing which resembles that of the ancient Egyptian royalty like Beerus, complete with a red and pink collar with white linings on both edges, corresponding with Vados, his attendant. Unlike Beerus and Whis, however, Champa and Vados had circles on their collars and sashes instead of diamonds. He also wears golden bangles and arm rings, as well as an earring, which was pierced in his right ear unlike his twin, who wears it on his left, which is depicted in the anime. 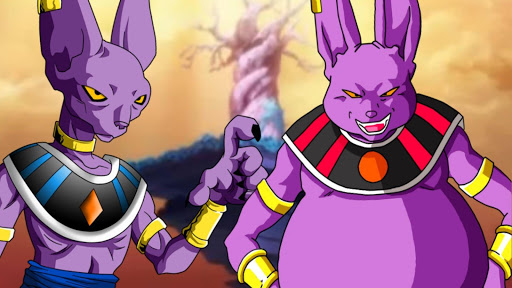 Much like his brother, Champa is very confident in his abilities and rather indifferent to other people dying. At the same time, Champa is shown to be even lazier, often asking Vados to handle matters, which he as a God of Destruction should handle, for him. Champa is also shown to be very selfish and takes his rivalry with Beerus much more seriously. Even with the looming threat of being erased should he lose the Tournament of Power, Champa’s main goal was to humiliate Beerus.

Beerus and Champa have a ritual of having a food show-off when seeing each other. Beerus gives Champa Cup Ramen and Champa gives Beerus a boiled egg from a newly discovered bird. They both try each other’s dishes. After Champa has tried the noodles, he asks of the origin of the food and Beerus responds with Earth. Champa immediately tells Vados to look for an Earth in their universe. Champa gets mad that his universe isn’t able of having delicate foods as the Earth of Universe 7, so he challenges Beerus to a face-off of their universes using five of their best warriors in one-on-one matches. 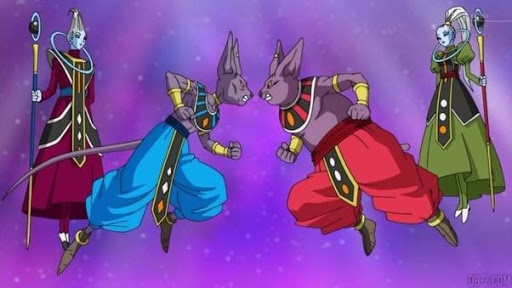 Beerus is slightly stronger than Champa, but not strong enough to completely dominate him or destroy him. Due to them being both, brothers and the Gods of destruction of universes that are parallel to each other, they have the same abilities and powers. They seem to be portrayed as equals and whenever they fight, they create shock waves which risks the destruction of the Universe they’re fighting in. But like I said early, Beerus will always have the advantage because of his body size and his stamina, Champa is lazy to a degree that he doesn’t even destroy planets himself, but don’t think Beerus is leagues stronger than Champa or something, they’re more equal than you think.

If you want to show off your loyalty to Dragon Ball, what better way to do it than through some cool Dragon Ball merchandise? Here are the hottest Dragon Ball items for you!

PrevPreviousWho Is Beerus
NextWhat Is The Difference Between Vegito And Gogeta?Next
Leave a Reply Cancel reply