The Supreme Kais (界かい王おう神しん Kaiōshin, lit. “A God of a Boundary King”), also known as the Creation Gods , are the Core People who are naturally born divine and who have the ultimate duty to protect the universe of their position. Along with the Gods of Destruction, they are the ruling and overseeing class of the twelve, formerly eighteen, universes, and each universe has its own set of gods. 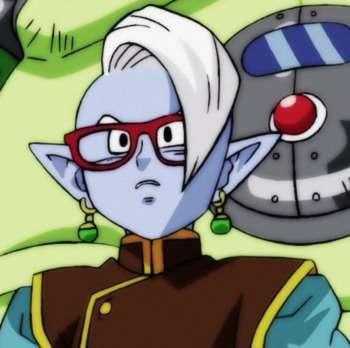 His Universe has a high average mortal level. Anat is a God that looks very much like Shin, although his skin is pink and wears a green suit with orange stripes. His earrings are also orange, and he is a very kind God. 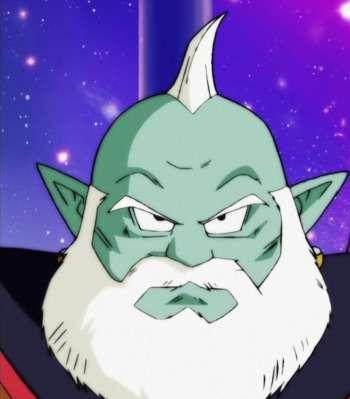 The oldest among Kaioshin. He has low stature but a robust body type. His skin colour is green and has a white beard. His earrings are yellow. 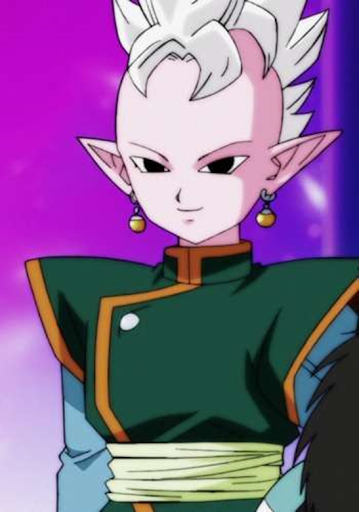 This god is wearing glasses, he is nearsighted or fashionable? He also has low stature and his skin is light blue with White hair. He is a very smart and intellectual God and he loves machines. 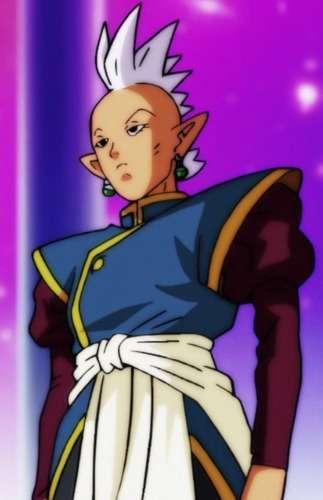 This god has a pretty skinny appearance and young. His skin color is orange and wears a blue vest with yellow details and burgundy sleeves. He wears a green earring and is very smart, even more than the God destroys his Universe. 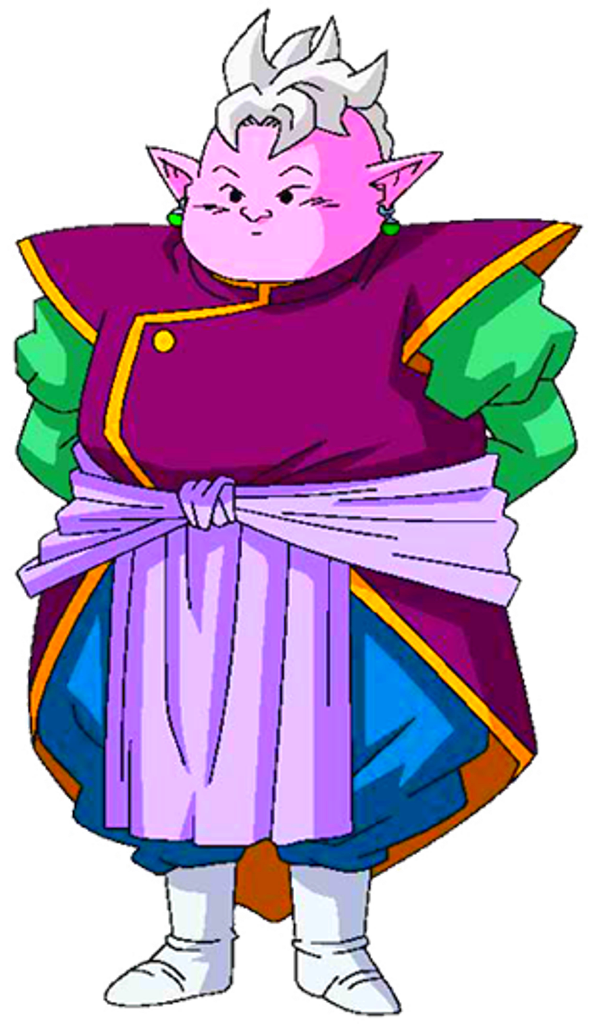 He has short stature and his skin colour is light pink. He wears a burgundy vest with orange details and light green sleeves. He is a very charismatic and intelligent God. 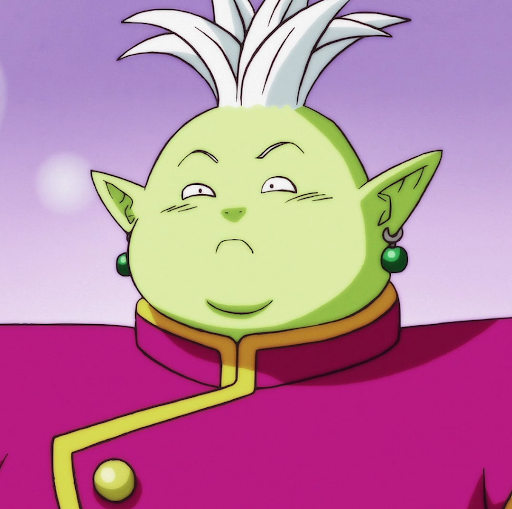 He is the Kaioshin of Universe 6. He is a fat God and his skin colour is lemon yellow. He wears a purple vest with yellow stripes and wears dark green earrings.

Fuwa is shown to be a rather nervous and absentminded person. He also appears to be rather lazy. But once getting worked up enough, as shown in the Tournament of Power, he gets very vocal and competitive, urging his fighters on 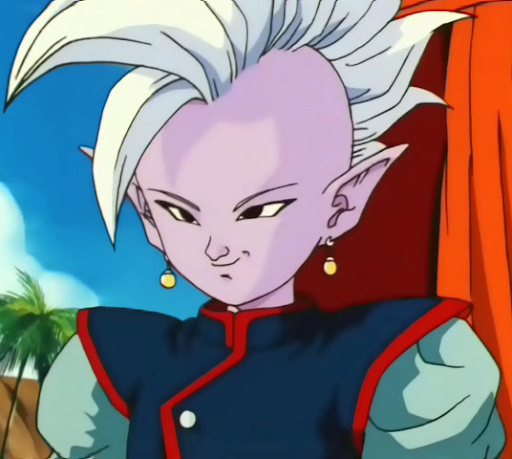 Shin is short, purple-skinned with a white mohawk and dressed in a posh Kai outfit. He dones a yellow Potara earring on each ear. Just as what a supreme leader of the universe should be, he is calm and thinks rationally at critical moments. Although he knows a good amount of information about the universe, he is still somewhat ignorant of some important things. For example, he was completely unaware of Zeno, he asked his ancestor who he was. Adding onto this, he was unaware of Ultra Instinct 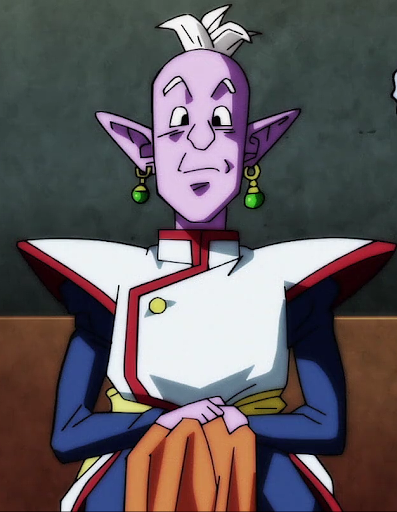 This God has a think body type and his skin is light purple. He wears a white coat variant of the Supreme Kai uniform with red linning, blue clothing, a yellow belt with an orange underbelt.

He is a schemer. He has dark green earrings and is a very kind God. He loves making plans and gets fired up when those plans start to come together. 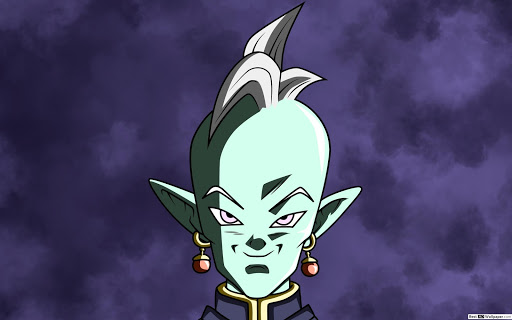 He wears red earrings. He is a God that has the habit of underestimating the rest of the Gods, and his behaviour is not quite the appropriate for a Kaioshin. He is the one that makes the decisions in his Universe. 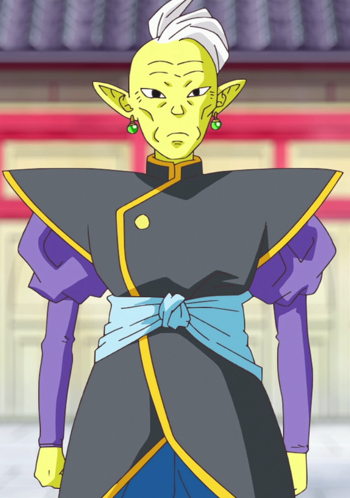 Gowasu is an elderly Core Person with light, yellow, wrinkled skin, pointy ears, and white hair in the style of a mohawk flipped to the side. He wears a gray and yellow coat with a violet long-sleeved shirt underneath, a light blue sash. He also wears green Potara.

As a Supreme Kai, he respects all living creatures, both good and bad. He is a very patient God and very wise and seems to have a certain addiction to tea. 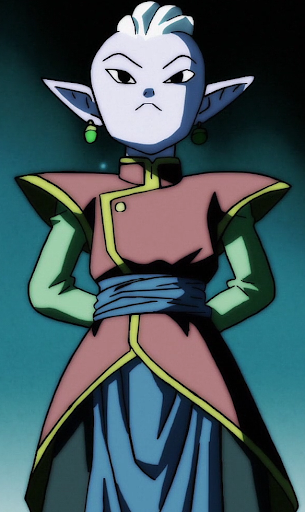 He has short stature and wears a red vest with yellow details. He loves life and admires Toppo’s Pride Troopers. 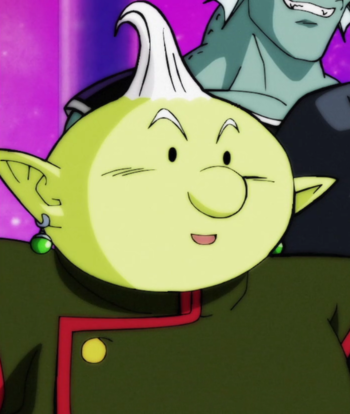 Ugg has light yellow skin with white hair and pointed ears. He has a round nose and his eyes are simple black dots. He wears green Supreme Kai robes with a purple shirt and red boots.

He is a very responsible God.

It can be seen that Dragon Ball has a lot of characters. And each character has its own characteristics of appearance and character. If you love these characters, what better way to do it than through some cool Dragon Ball merchandise? Here are the hottest Dragon Ball items for you!